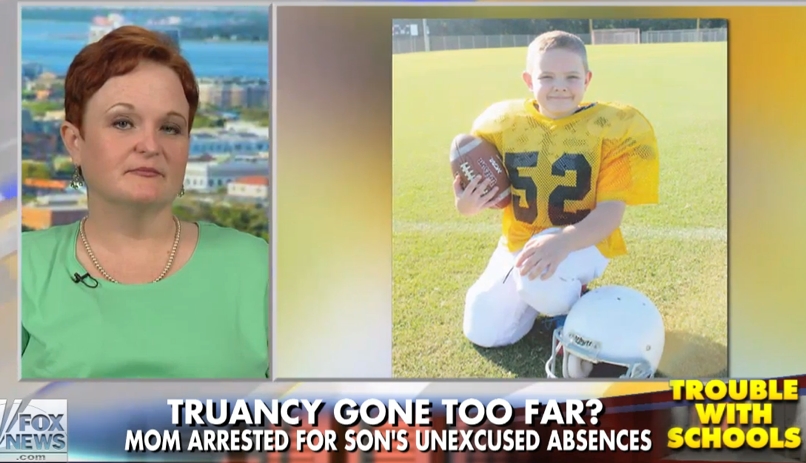 In Georgia, and other places, such as Illinois, parent’s aren’t able to simply write a note to resolve an absence from school. Even personal illness and deaths in the family require medical documentation in order to clear the slate.

According to Giles her son’s absences were justified. She says her son was sick more than usual this year. Giles says she took her son to the doctor, and the ER at one point, but other times she kept her son home to care for him herself, to avoid any insurance co-pay charges.

Giles had this to say about her situation:

“I’m having a real issue with them telling me that an excuse from his mom isn’t enough,” she told reporters. “It’s like they’re saying you’re not competent to judge if your own flesh and blood is too sick to go to school. When a child is a successful student and they see there’s no abuse or neglect, the parent should be able to write the note.”

Julie Giles will be in court on July 14th and faces up to 7 months of jail time. It is reported that a group called the National Association of Parents has taken on her case.

Whose side are you on?